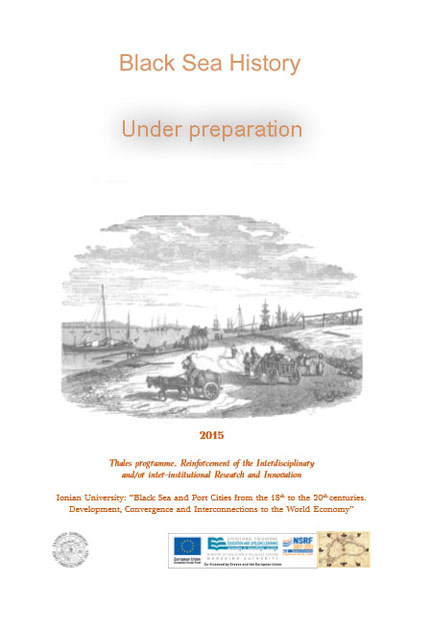 The Economic Development of the Port–Cities of the Northern and Southern Black Sea Coast, 19th – Beginning of the 20th century. Trade, River and Sea Transport, and Industry

The aim of this book is to analyse the economic development of Russian Black Sea port cities through trade, transport and industry and to trace the mechanisms that integrated the port cities of the northern and eastern shore of the Black Sea with world economy. The mechanisms are the maritime transport systems. Maritime transport systems unite the land surrounding the sea by linking ports through shipping and developing methods to co-ordinate sea transport and land transport. The geography of the Black Sea coastal zone made river and maritime transport the prime means of transportation. So the river and sea transport system is an entrepreneurial system within a geographical area that indicates the link of the hinterland with the foreland. The first chapter of this book unravels the vast land-river transport that brought the cargoes to the Black Sea ports. The second chapter brings out the major exporting houses of the area that provided networks of trade and shipping to link the Russian ports to the West. The third chapter examines the industrial development of the Black Sea port cities within the framework of the larger development of the area.